Built in 7th century AD, Teotihuacan was a holy city and the cultural center of the Aztec people. There are several temples and a museum at this site. However, the most famous out of all those attractions are the Temples (Pyramids) of the Sun and the Moon. This place has so much historic significance that it is officially recognized as a UNESCO World Heritage site. With some of the largest ancient pyramids in the world after Egypt, this place is a must for anyone visiting Mexico City. One interesting thing about the Teotihuacan is that the main road down the center connecting the sun and the moon pyramids is called “Avenue of the Dead”. The reason for this is that when the Aztecs found this city, they thought that the smaller pyramid like platforms along the side of the middle road are tombs of past rulers. However, the platforms were places where ceremonies took place. This place has a lot of hiking, climbing up the many steps to go on top of the pyramids. The view from the top however, is well worth the effort. The pictures below is a trip taken with a local tour company from Mexico City: 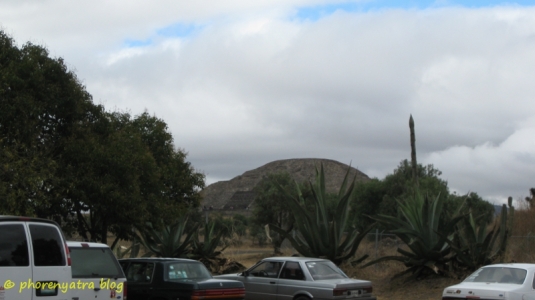 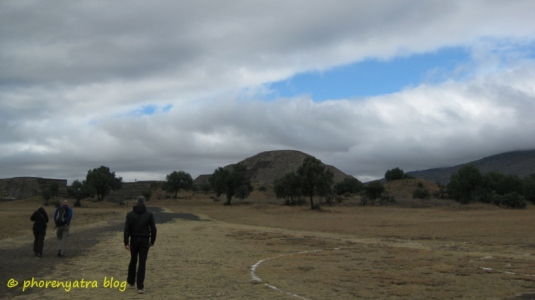 (Walking towards the Pyramids) 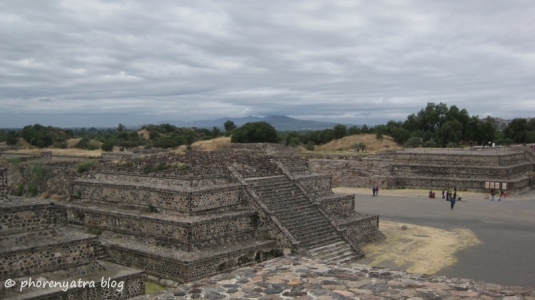 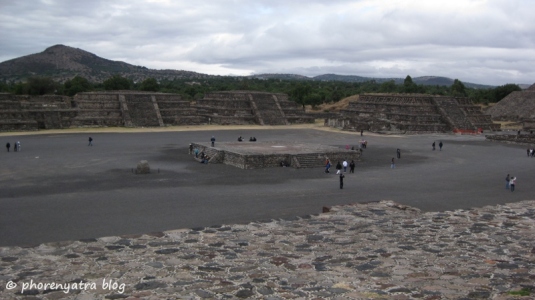 (Lots of climbing to do – Pyramid of the moon) 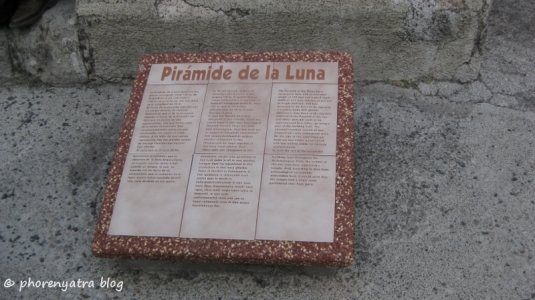 (Sign board explaining the history behind pyramid of the moon)

(The old age of the structure) 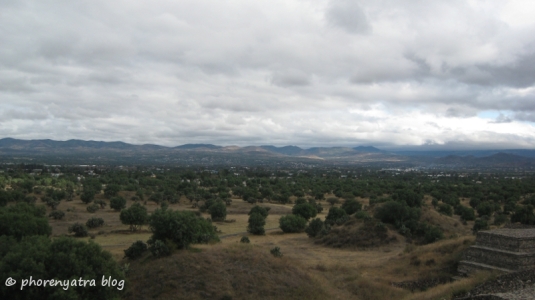 (On top of moon pyramid)

(ceremonial platforms seen from the top)

(view behind the moon pyramid) 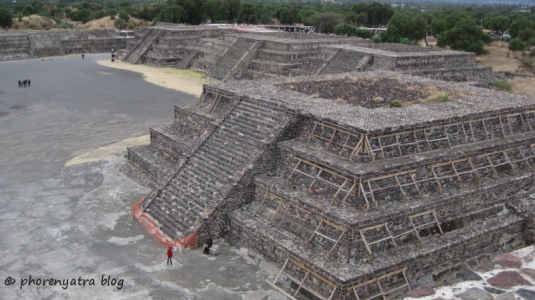 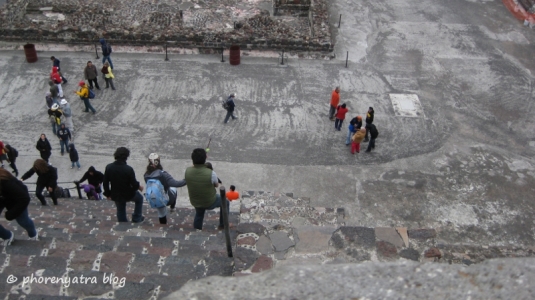 (very steep steps while climbing down)

(walking on the avenue of the dead) 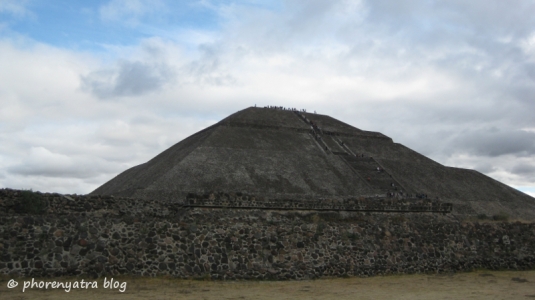 (interesting rock patterns on the sun pyramid – there were apparently murals painted on them, but they have now worn off due to age)

(view from pyramid of the sun) 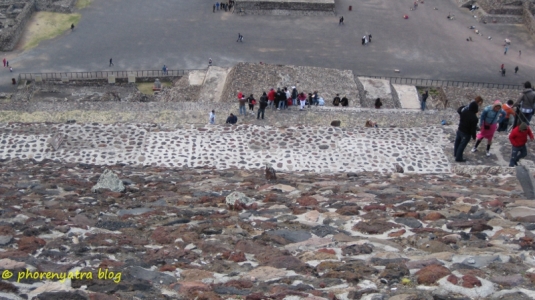 (view from top of the sun pyramid)

(nice views of the surrounding areas)

(on top of the sun pyramid)

(sun pyramid is indeed quite tall, everything looks tiny from the top) 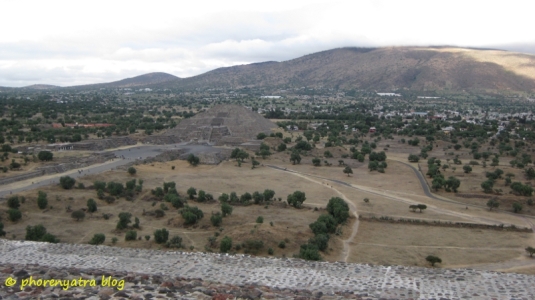 (the moon pyramid as seen from top of the sun pyramid) 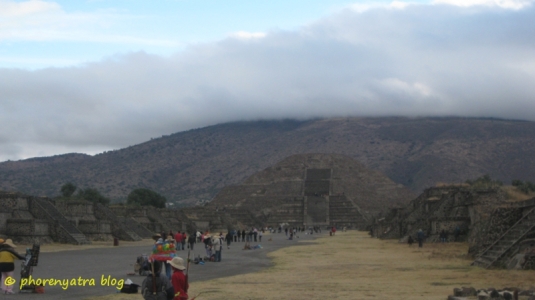 (avenue of the dead with moon pyramid in the background)

Items: Teotihuacan Pyramids (Temple of the Sun and the Moon), Mexico City

Price: Entry to Teotihuacan is 57 mexican pesos or ₹ 261.

How to get there:Drive, either by tour bus or by car/taxi