Mexico City – one of the largest cities in the world, has a rich history and vibrant culture, and offers lots of sigh seeing opportunities. Most of the historical monuments/attractions are related to the Aztec and Spanish Colonial times. Various half and full day tours can be taken from the city. If you ask your hotel, they will be happy to set one up, as long as you are in the main city area. The full day tour below was set up by a City Express Hotel in Reforma, and it included spending half a day in the city/Centro Historico, followed by a visit to Teotihuacan World Heritage ancient city. You can read about Teotihuacan in a separate post here. The pictures below are from the half day city tour. There are many more attractions in Centro Historico than this tour could cover, so it is recommended that you research and ask the tour operators if they can visit places that you find interesting. 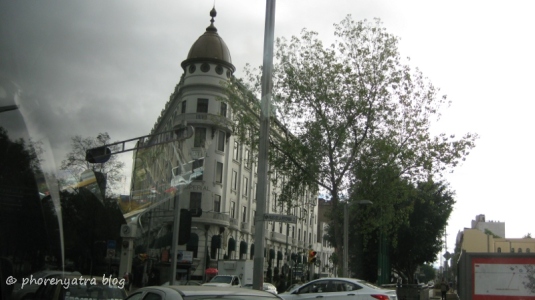 (morning city drive at the start of the tour)

After a short drive through the city, we reached our first destination of the day, The Templo Mayor. As the name suggests, this place used to be a temple of the Aztec people. Various buildings of the temple were built in the 14th and 15th centuries. However, they were destroyed by the Spanish colonists and the western part of the temple complex was replaced with a Spanish-type city, which included a church and a cathedral. Ruins of the original temple were then found and excavated in the middle and late 20th century. This place is now a UNESCO World Heritage site. 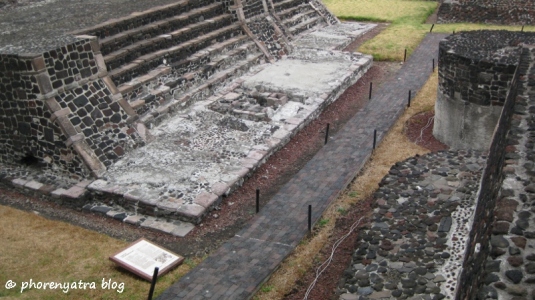 (European architecture built on top of the Templo Mayor site)

(An information plate explaining some of the history of Templo Mayor)

(wall painting inside a church at Templo Mayor)

(sunlight coming in through the red stain glass)

Just outside Templo Mayor is a famous plaza called the Plaza of Three Cultures, which signify the Pre-columbian, Spanish colonial and modern Mestizo eras of Mexico. This plaza is also the unfortunate location of a massacre during 1968. A memorial commemorating the victims of the massacre is erected in the middle of the plaza. 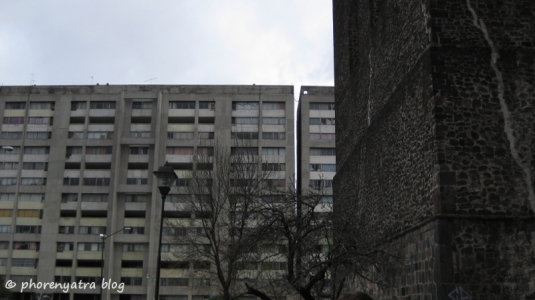 (the plaza of three cultures)

(a touching message about Mexico’s violent colonial past)

Next stop was La Villa de Guadalupe, a town of churches. This place has the famous Basilica of Our Lady of Guadalupe. In 1999, this cathedral became the most visited cathedral in the world. Lots of Spanish architecture to be admired here. More recently, a new church was constructed, which has a more contemporary design.

(modern architecture is visible in the square)

(a different viewing angle of the new Basilica church) 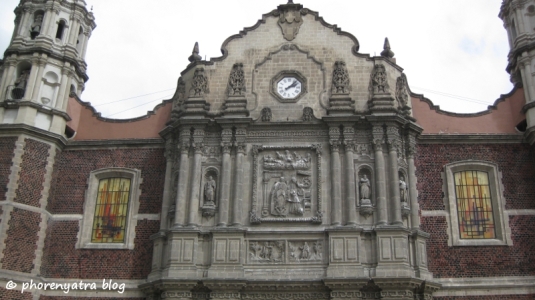 (inside the old church)

(beautiful design on the roof)

(as the complex was built on marshland, the floor gave way and the building above is actually crooked, like the leaning tower of pisa) 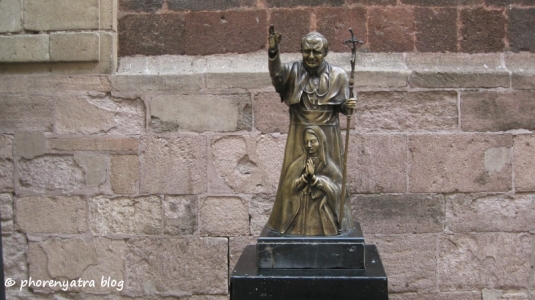 (all the bars on the door are made of bronze) 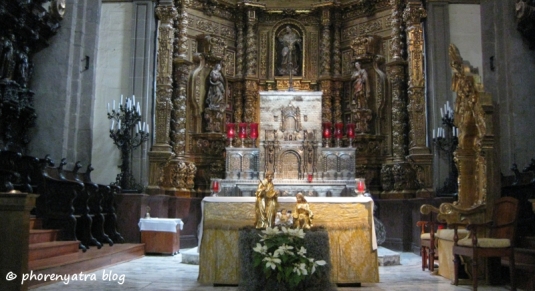 (a peaceful and beautiful cathedral with bronze statues) 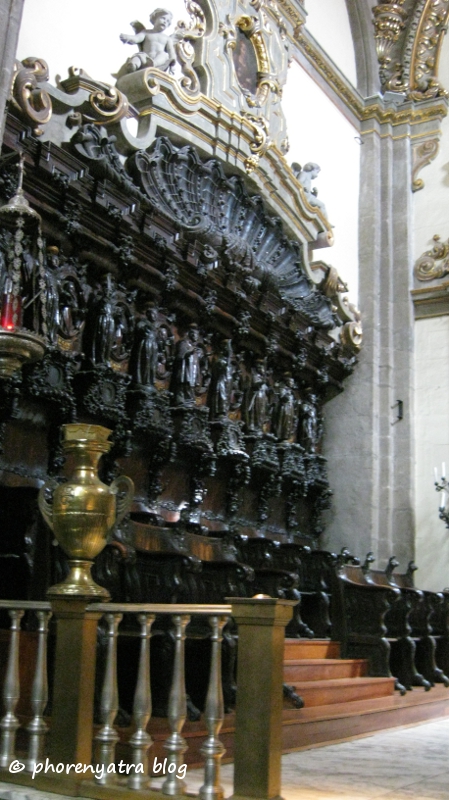 (inside the new Basilica building)

(contemporary design of the new building)

After an hour and few minutes, the tour left the town of Villa de Guadalupe to head towards the historic Aztec city of Teotihuacan. Along the way, the bus gave nice views of parts of Mexico city. The sight of mountains covered with housing establishments gives you a sense of how vast Mexico city is. 10 million people in the urban city area is a lot of people indeed! 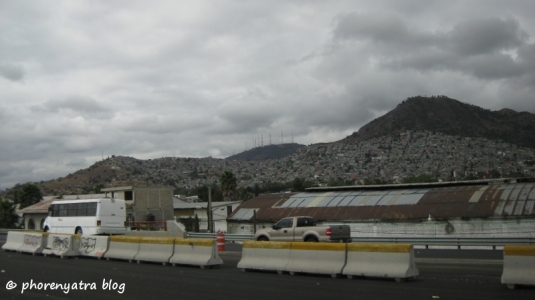 (Mexico city with favelas all over the mountain)

After reaching Teotihuacan and just before lunch, the tour was taken to a village area where artisans make various Aztec themed arts and crafts. It was interesting to see how the Agave plant is used to make needles, threads and writing paper. 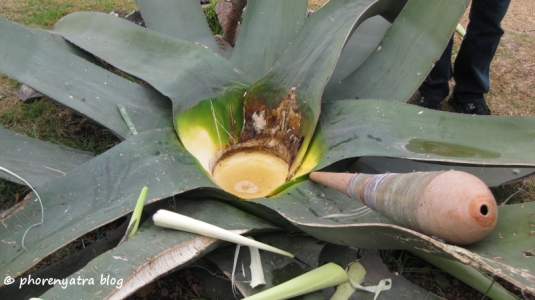 (stripping down the plant to make a sewing needle)

(writing paper from peeling the leaves of the plant)

(anyone need a stitch or two?) 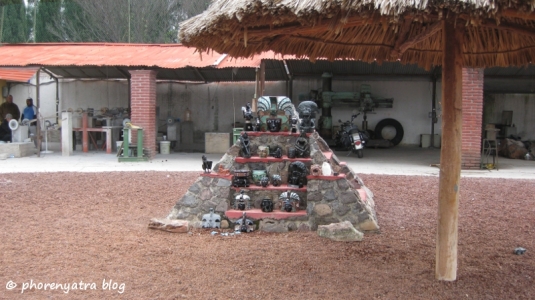 (souvenirs and statues made from obsidian rock)

(machines that cut and polish the obsidian)

(sculpting the obsidian rock to make a mask)

How to get there:Tour bus or car/taxi